Traditional Credit Scoring is Not Enough for Emerging Markets

Credit lending has historically favoured those in developed markets, in more affluent regions of the world, leaving consumers in less well-off emerging markets without any way of obtaining a credit loan. This is a vicious cycle because without a loan, those people cannot build a credit score, and therefore find it challenging to obtain a loan. The loop continues. I’m interested in breaking this cycle, using alternative data to empower financially ‘invisible’ consumers and disrupt traditional credit scoring methods.

Traditionally, lenders base a customer’s creditworthiness on their past repayment data and therefore, this is only possible in developed markets. While it should be recognised that these traditional credit scoring methods are highly predictive, the information required to produce them is limited because it relies on data from centralised credit bureaus.

Emerging markets find it difficult to break into this ecosystem, as bureau data is often incomplete or entirely unavailable. According to World Bank, less than 10% of people in low and middle income countries globally are on file in public credit registries.

FinTech start-ups in emerging markets are realising the potential of alternative data to provide financial services to ‘thin file’ customers, and such methods are gaining traction. In their report on financial inclusion in emerging economies, McKinsey Global Institute (MGI) has calculated that widespread use of digital finance could boost annual GDP of all emerging economies by $37 trillion by 2025.

What is alternative data?

Alternative data can represent a broad range of material. Essentially, any information that can be gathered from sources beyond the re-payment data obtained by banks and credit bureaus can be used in an ‘alternative’ manner to establish a person’s creditworthiness. The sources that are of particular interest to many FinTech companies are online, mobile and psychometric data. These sources have differing benefits in terms of predictability of loan performance and ease of access.

The unprecedented spread of mobile phones across the globe is the key driving force of alternative data use for credit scoring. In 2014, almost 80% of adults in emerging markets owned a mobile phone (predicted to reach 90% by 2020), whereas only 55% had financial accounts. It is thought that mobile banking can lower the cost of providing brick-and-mortar financial services by 80-90%, allowing providers to access those in lower income populations.

The trouble with traditional credit scoring

The major benefits of alternative data come from the productivity gains of switching from cash and manual payments to automated processes and digital payments. According to MGI, two thirds of the estimated economic gains would come from the reduced cost and superior speed of using digital finance over traditional cash and brick-and-mortar financial services.

The effect of FinTech in Asia

Out of the six most financially excluded populations in the world, Asian regions take up four positions, with South Asia at number one (see Figure 2). 73% of the world’s unbanked population live in predominantly Asian countries and although the banking sector is relatively developed countries like China and India, the population is so vast that there a large regions which go unbanked and unnoticed.

The traditional banking sector in Asia is growing rapidly, thanks to factors like skirting the 2008 financial crisis, which devastated the European and US markets. However, shadow banking is widespread across many Asian countries: in China, shadow banking made up 40-70% of GDP in 2017.

So how can FinTech market penetration impact traditional banking in Asia? Asian banks must respond to the growing middle class demand for access to the global e-commerce space, to gain a competitive edge. To do so, they are turning to digital offerings brought to the table by FinTech companies, choosing to partner with these start-ups rather than compete with them. In line with this, Asian governments are supporting this transition by encouraging FinTech to supply funding to small businesses.

In their report, MGI estimated that alternative finance solutions could help connect 1.6 billion people to the financial system – over half of which would be women – out of the 2 billion people who are unbanked in emerging markets. There is no doubt that emerging economies are realising the benefits of digital finance over traditional credit loans. By using innovative financial technologies to empower ‘thin file’ customers, greater financial inclusion in emerging markets can be achieved.

CredoLab, based in Singapore, partners with banks and retail lenders to improve financial access in unbanked populations, through alternative data use and collation of mobile touch points. Get in touch to find out how CredoLab can transform your credit lending capabilities. 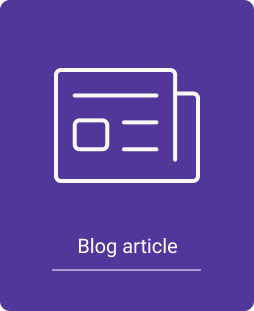 How To Integrate Alternative Credit Scoring: A Beginner's Guide 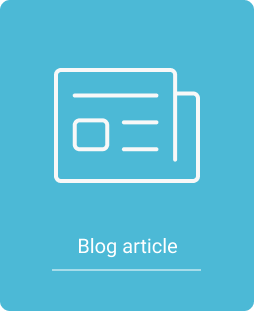 A deep dive into credolab's features

Alternative credit scoring: a must-have in the banking industry